Searching for a place to actually live…

If you’re reading this blog, then you probably already know that I was blessed to work and live in Sydney, Australia for a little under a year after college. I landed a very exciting job with a small company working in the study abroad/international education field, which was my dream come true. The first two weeks in Sydney, I lived in a hotel until I was able to find an apartment. I had no idea where to begin searching for an apartment, but thankfully my colleagues were great resources and provided wonderful suggestions.

Australia runs a bit differently in their apartment rental policies, and I kind of wish America was that way! Most places are rented out on a weekly or monthly basis, rather than an annual lease. I began searching for an open room by utilizing two different websites: flatmates.com.au and flatmatefinders.com.au. Australia also has a website called Gumtree, which is like Craigslist in the states, but it’s not used as much.

If you’re looking for a place to live, take the time to check out these websites! Many of the places listed are furnished, which is extremely convenient for people like me who move from overseas and don’t want to buy everything. You can also stay at multiple places if you want since you rent weekly! I had thought about doing that, so I could experience living in different parts of the city, but the thought of packing and unpacking didn’t suit me (and I lived with some awesome Aussies). 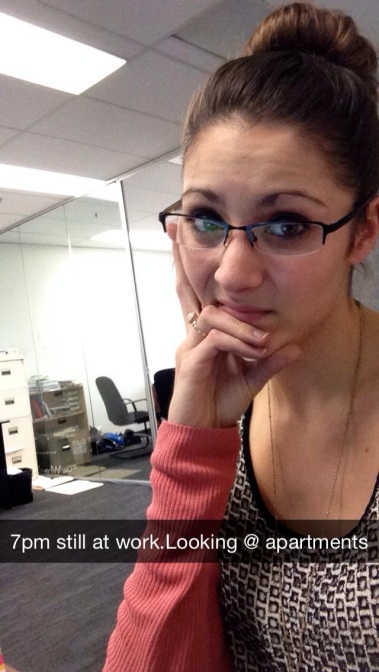 One of the apartments that I toured in Sydney. Such a beautiful view!

I got so lost trying to find the various apartments which I toured. This was my first time LIVING in a big city and their public transport confused me at first (it’s actually really easy and safe to use though)! You should visit the public transport website first to use their trip planner, or Google Maps on your phone if you can! Luckily, I had a Spanish friend from summer camp that picked me up on his moped and took me to one of the apartment tours. Thanks Beltran!

I toured four different apartments across the city, and ended up moving into a 3-bedroom, 2-bathroom flat (Aussie lingo for ‘apartment’) in a suburb called Leichhardt. I had also looked at apartments in Bondi, Potts Point, and Newtown. These are all great areas to live in, just very hard to find and secure during summer! Everything was going fast! Bondi is one of the most famous beaches in Sydney and popular to live in, so places do not last long.

Recommended neighborhoods/suburbs to live in if you are moving to Sydney:

When I looked at apartments, I really wanted to live with Australians and be fully immersed in the culture. I was very grateful to find this apartment and Aussie flat mates who were from Brisbane. My flat mates were the greatest thing that happened to me in Sydney, shout out to Ken and Kris! Yes, they’re called flat mates (or housemates) instead of roommates in Australia. My flat mates made fun of me when I called them my roommates because they didn’t understand why Americans would refer them as roommates, unless we slept in the same room (which we didn’t). So many people (i.e. my students) say that they want to go to Australia because it is so much like the U.S. There are many similarities, but there are also SO many differences. Ken, Kris and I loved ‘making fun’ of each other’s accents and different words/sayings. 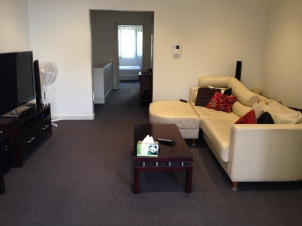 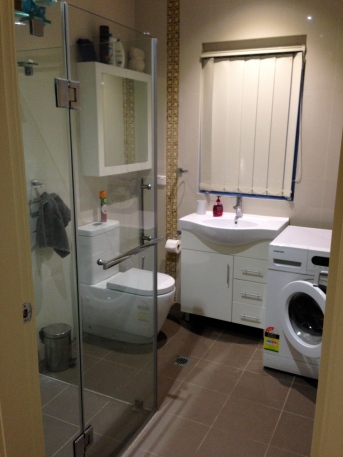 My bathroom & washing machine (no dryer)

I spent many nights drinking wine, cooking ‘family’ dinners, impromptu trips to the shops, watching movies and the “news”, gossiping, walking (or Kris driving) to morning brunch, and exploring the city with them. I was so lucky to have found such great flat mates that are also my friends. I even went back to Sydney for work (the following year), was able to see them for dinner, and even hang out in my old apartment! Man I miss it so much..